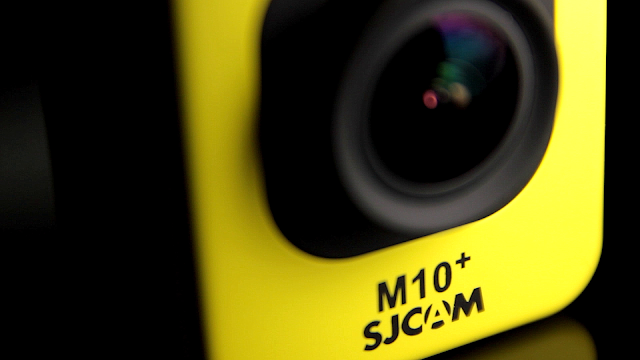 SJ CAM M10+
Another colorful addition to SJCam's growing portfolio.
It comes with handy list of features which should make it a great choice for a good bang for item.
Provided it delivers what it promises.


Lets start with what is at its heart. The M10+ is rocking a Novatek NTK96660 CPU. While that is a fine name for a chip, not much information was found about it as far as specifications go. So to get a sense of who Novatek is, I looked at the Company and their dealings. Well, Novatek makes various electronic components mostly to do with display systems and then sells it on other companies who then uses those components to make monitors and cameras and such. They are a reasonably big company with market capitalization of 71.8B. To give you an idea GoPro's market capitalization is 2.7 billion. As at November 2015.

So they are big, But that is no indication of quality, testing will answer that question. 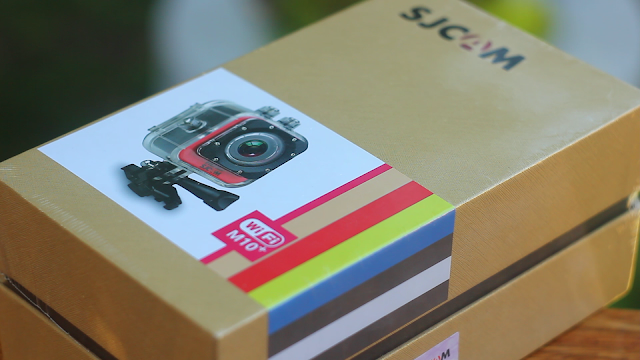 The camera comes in a fairly unassuming box. Though one thing that SJCAM does is includes a concealed code on the side of the box using which one can check the items authenticity via SJCAM website. A good practice since a lot of us buy stuffs online and a way to make sure our purchase is legit is appreciated.

The standard package includes the basic items such as charging cables, etc along with a healthy number of accessories which will allow for a good variety of mounting possibilities. The camera itself comes protected by foam padding inside the waterproof case and the battery inside the camera. Technically making it ready to go out of the box. 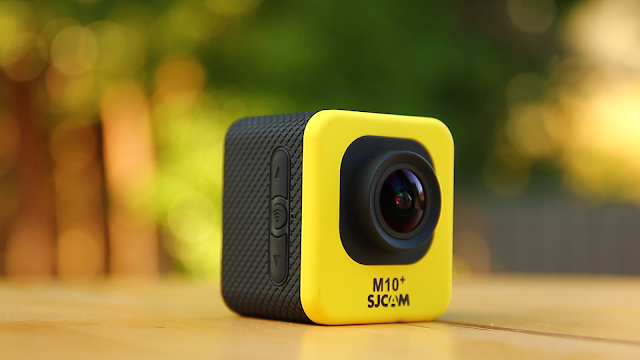 Looking around the camera, we have the lens at the front that bulges outwards, to the left we have the micro SD slot, micro USB and micro HDMI port along with a speaker grill. At the back we have the 1.5inch LCD screen and to the right we have up and down button with the wifi button in the middle and there is a mic hole next to it.

At the bottom we have the battery compartment and at the top we have the mode and action button and the indicator led.

On the topic of physical properties, I find that the build quality has improved from the previous model that I reviewed. Possibly the composite of the plastic used is different or something else, to a better effect. One thing I am well pleased to see is improved battery compartment. The release latch is wider and can be opened reletively easily. Reletive to the SJ5000+ that is.

Apparantly the SJ5000+ and the M10+ has same battery. As I understand the SJ4000 series uses the same battery as well. The problem here is that the model number is not printed on the battery. which makes it difficult to research if battery from one model will work with another.

As far as the battery life is concerned, the experience is fairly positive. On time lapse I am getting about 3 hours. When I went travelling with it, at random use I easily surpassed the 80 minutes operation time that has been advertised. The battery indicator is also realistic in showing the amount of charge remaining. 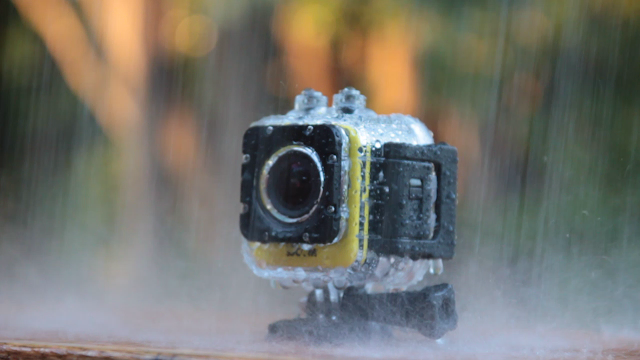 The water proof case that is included works as expected and I have used it in various situations. The design of the case has been updated recently and the updated case has two additional buttons for up and down which this version does not. Not a big deal really if you do not need to reach the menu.


Let us begin with the Gyro function. I'm really pleased that the stabilization system used is not a digital one. Meaning its not software only rather there is a gyro chip that gives the processor information about movement so the video can be compensated for the movement. 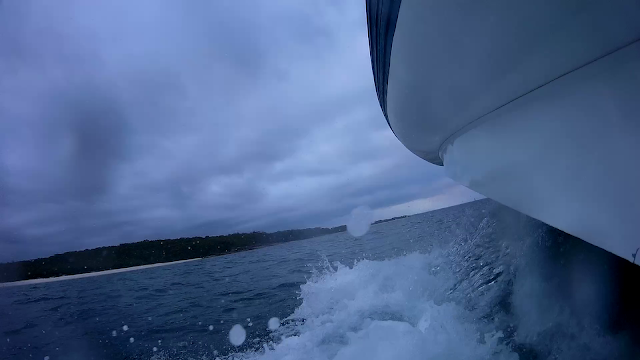 I think the camera produces a reasonable result. Yes, there are flaws, but there is the low price tag too to justify that. The sharpness is appropriate, motion is good, where the image is not over exposed or under, the colour reproduction is serviceable as well. Lets look at the different settings too.

At 2560x1440p at 30 frames per second, the highest the camera is capable of. The video appears fine, it maintains all its characters and quirks. The bottom line is that it works just fine at this resolution with fair results. Also the digital zoom function works at this resolution as well. It zooms to 4x magnification practically immediately. I personally am not a big fan of digital zooms, its there if you need it.

Full HD the camera does 60 fps, I tend to use this setting most, because for an action camera this setting makes most sense. Full HD resolution for adequate sharpness, and 60 frames per second for better motion recording. Kind of best of both worlds as far as what this camera has to offer. Most shots that I have taken for this video using this camera is at this setting.

720p at 60 fps works just as well as the full HD at 60 FPS. The only reason why any one would want to record at this setting would probably be to save on memory card space. In case if you are travelling for a few days and forgot to bring a spare.
720p at 120 fps has a problem. The picture is not as sharp. The most likely cause could be excessive compression, or data rate at full quality was too much for the system to handle, or what ever the case may be. We have a problem.
With some post processing the shot can still be improved a bit and we can then make the slow motion at quarter speed. But it is still imperfect. I am not sure if this issue can be fixed with future firmware updates. 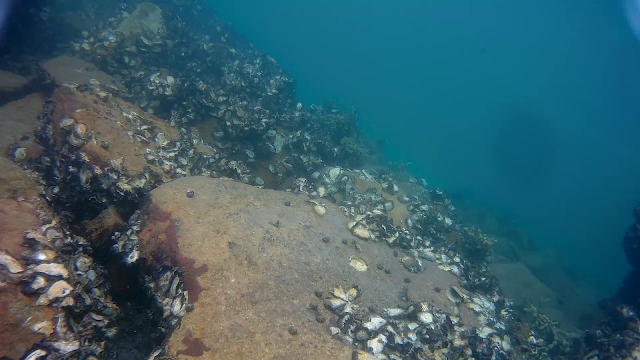 If I am to sum it all up. I'll explain it in pros and cons, cons first:
Slow Motion @ 120 fps - lets just say it could have been a little bit better
Novatek chip - this isn't the best out there, but yes so far in this video we have seen it gets the job done, and that is what counts

And now the pros:
2K resolution - it says 30fps and it delivers, no more no less
Gyro Stabilization - it is absolutely brilliant, I love it
Battery life - when out and about the battery did not trouble me, in a single charge I got a lot done, and thumbs up for that
Meets expectation - the M10+ promises to be an action camera, and it does just that. It meets its purpose
Wifi - wifi can be very handy to frame shots and hit record from a distance
Build quality -The fit and finish is nice, there was no nasty surprises with the software either,
Price - if we shop around we can find this at below USD100 mark. And at that price it makes for a good second camera or something more disposable.

The bottom line is that it serves its purpose. it does what it sets out to do. So next time I go travelling its fairly straight forward choice for me to bring the M10+ along because I know I'll be using it. 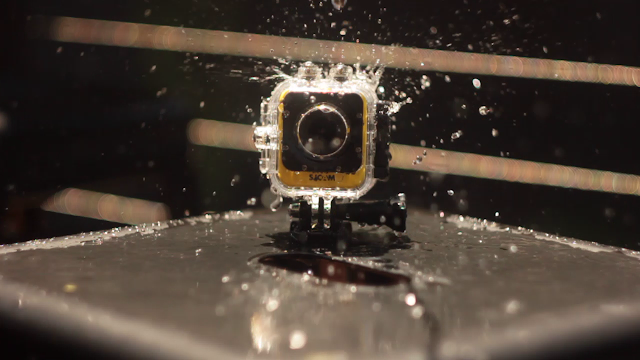 This article was adapted from the video review. It is recommended that you watch the video to assess the image quality of the camera.