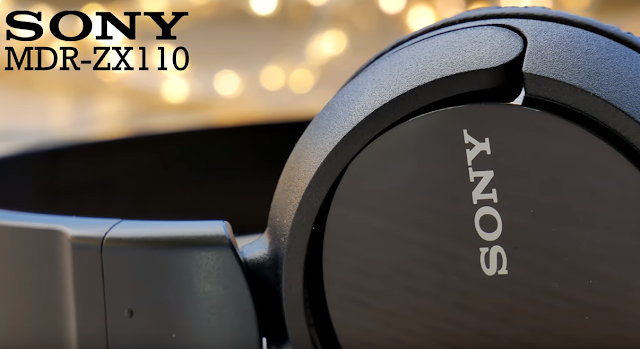 As far as names go, Sony is a well recognised, well reputed name. We expect a level of quality from this brand. As we slide towards the lower end of the budget scale, from a manufacturing point of view I'm sure things get harder. Deliver that which we expect and cost less at the same time. This is where the MDR-ZX110 comes in. As I write this, the headphone is on sale in Amazon for about $15.
What can we expect?

Let's start with the packaging, the headphone is presented in this plastic retail pack. Apart from some paperwork there was nothing else. The overall build quality I would say serviceable for the price point, we will talk more about the price in a moment. While the construction is predominantly of plastic, there are some metal parts in the hinge that allows the headphone to fold for easier transportation.
Beyond that the headband is adjustable with an audible click and there is some movement in the angles of the earcups so it fits a bit more comfortably. The cables are same as that of MDR-XB250 that we reviewed earlier, that has this serrated texture to it, and the main cable has some heft to it that I certainly appreciate.
The connector is a 90 degree plug that has a slimmer flange which should allow it to be connected through various phone cases.

The headphone is on ear type, which means that the foam padding sits on the ear rather than around it. The material itself is synthetic, similar to what we had in the Audio Technica ATH-M30, however it does not have as much foam behind it. This is not too big of an issue, since the headphone is fairly light weight and thus it does not need as much clamping force to stay on. It kind of balances out.

So the overall construction of the headphone is reasonable, reasonable for the price tag of about USD15. Which brings me to the sound. Obviously I have to keep a modest expectation for the price paid. Let's separate treble mid and bass. Bass first, well, there is no other way of putting it, bass is lacking. If someone wants more bass a few more dollars will get us the XB-250 which had was tuned to give more bass. Next the mid, in general I found the mid to be well behaved. It is a little bit low in volume and distorts a bit if pushed to the limit. Again, for $15 the performance was not bad. The treble was actually nice. The separations was audible and sibilance was under control, overall in the treble department it exceeded expectation. 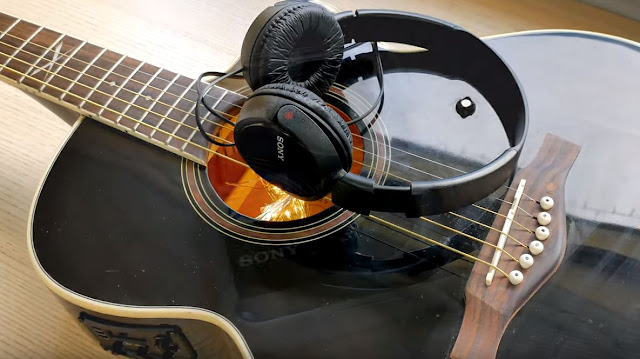 So who is this headphone for. Well, if you need to give a headphone to the little one, or a interim headphone for a day or two, or perhaps you have a room full of people for tutorials or conference of some description. These will do a good job of delivering content without breaking the bank.
So the MDR-ZX110 has a place, for a very low price tag we get a headphone that is not falling apart, the sound is at a minimum presentable. It is not perhaps the best headphone, but it is one of the best headphone that you can buy for $15.

December 24, 2015
The computer case market is a crowded space. Every manufacturer is attempting to gain attention by doing something differently. In that spirit In Win has come up with cases that uses tempered glass for panels as opposed to sheet metal with perspex windows. The result of using glass for case's surface most certainly brings about that unique feel. The panels are slightly smoked that adds a little bit of style. Overall as far as the case goes there are not too functional aspects that we have not seen before. The total airflow appears a bit positive pressure and all the exhaust work comes down to one 120mm fan at the back. So, what we have is a case that is aimed towards looking unique as opposed to being a performance powerhouse. A moderate build that is sufficient for a reception or office desk where it will be seen and admired is the idea. It certainly has its place in the case ecosystem, its just a matter of checking first if the product as a whole right for the i
14 comments
Read more

March 12, 2019
As usual Samsung released their new line up of mobile phones with great publicity and frenzy of coverage. While most attention is granted towards the phone, the accessories are often left on the sideline because there is nothing new to see there, or so we thought was the case. The pattern is that every two models, Samsung has been updating their included earphones. Meaning, the S4 and S5 had these somewhat decent in canal earphones that were presentable for it's time. Then in S6 and S7 series Samsung went into a slightly different direction with their design and that was either loved or hated by users. Then with great fanfare, the S8 and S9 series had the AKG Tuned earphones. There was a bit of controversy due to the way Samsung announced these earphones, it came across as AKG was making the earphones, but they only tuned it, they did not manufacture it. The common complaint was that the earphones were a bit of a let down in the bass section. Now with the history out o
9 comments
Read more

Earphone Battle - Apple vs Pixel vs Sony vs Samsung vs LG - Which is the best?

October 01, 2017
In this article we have a battle of the earphones that comes with our mobile. We pin five of the heavy weights of the industry against each other, lets we who surfaces victorious. (This article reflects information and items present up to January 2017) A bit of background. Almost every flagship phone these days brings with them earphones. Traditionally they mostly used to be mediocre. So we often left them in the box in favor of something better or others were just not bothered about earphone’s quality so long as they worked. It is difficult to deduce the percentage of unused earphones, but we have some figures. Approximate sales of smartphones for the year 2015 was 1.4 billion units and on average an earphone weighs about 13 grams. Give or take a little all these earphones would weigh about 18,200 tonnes. To put that in perspective thats like 40 Airbus A380s. Why this is a big deal is that, a massive percentage of all these earphones will never get used and wi
5 comments
Read more