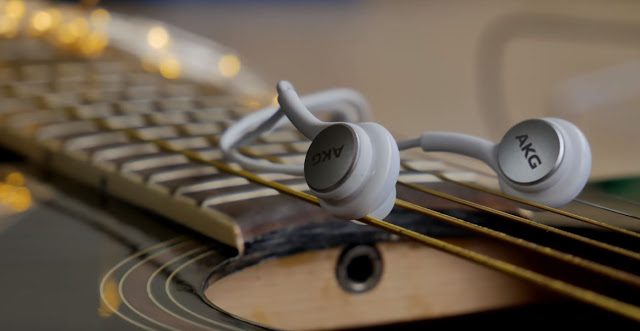 As usual Samsung released their new line up of mobile phones with great publicity and frenzy of coverage. While most attention is granted towards the phone, the accessories are often left on the sideline because there is nothing new to see there, or so we thought was the case. 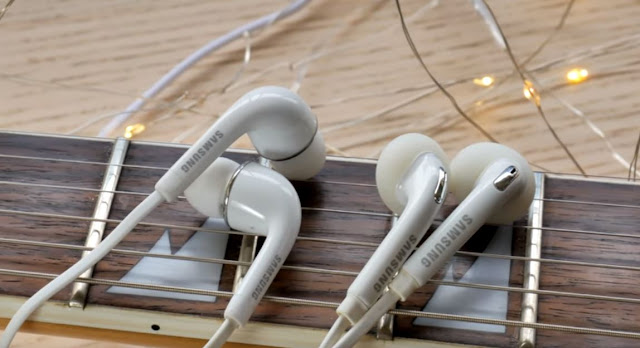 The pattern is that every two models, Samsung has been updating their included earphones. Meaning, the S4 and S5 had these somewhat decent in canal earphones that were presentable for it's time. Then in S6 and S7 series Samsung went into a slightly different direction with their design and that was either loved or hated by users. 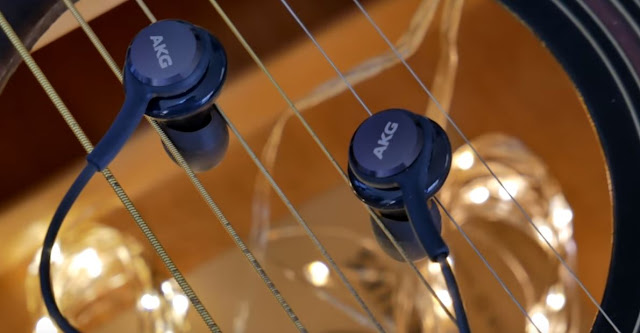 Then with great fanfare, the S8 and S9 series had the AKG Tuned earphones. There was a bit of controversy due to the way Samsung announced these earphones, it came across as AKG was making the earphones, but they only tuned it, they did not manufacture it. The common complaint was that the earphones were a bit of a let down in the bass section. 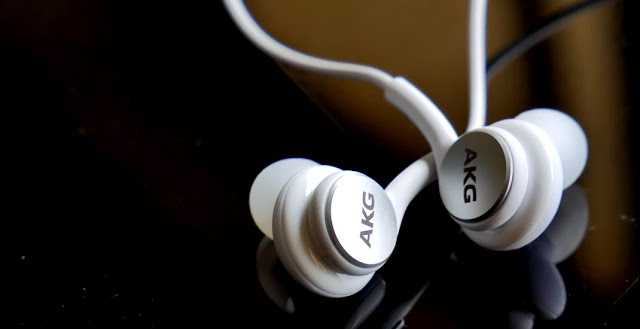 Now with the history out of the way what do we have with the S10. True to the pattern of changing the earphone every two model, the S10 has new earphones. Or so it appears on the surface. As we can see, there is a new colour theme here, Samsung has returned to the original white look with it's included earphone. Shape wise it appears identical to the previous AKG tuned earphone. The inline mic and jack are also identical. 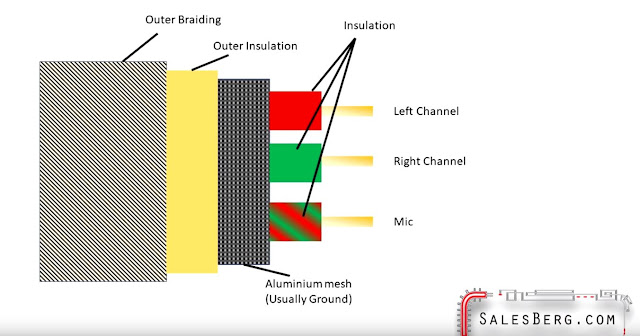 I can see signs of some changes they may have made, the S10 series earphone cable is slightly thicker than the previous version. It's hard to say if it is just the braiding that is thicker or have they tweaked the insulation material or the gauge or nature of wiring perhaps which may affect the resistance. Don’t know the inside story, just that visibly it's thicker. 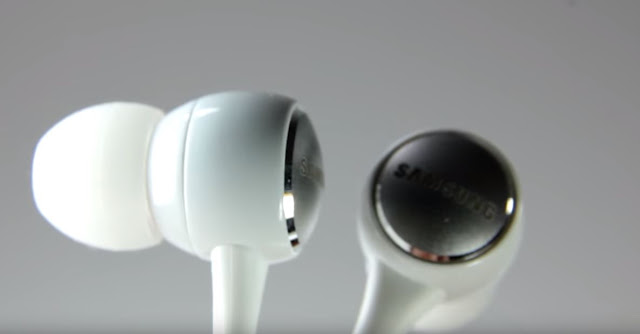 We looked at Samsung’s IG935 previously and it's uncanny how they resemble each other. The cable portion is exactly the same. The body of the earphone has many common attributes as well.

Now that is all fine and good, the real pressing question here was, apart from the change in colour, did Samsung do anything else, is the sound any different.
So, I went straight to my usual tests, at my computer, which has a Xonar Dx sound card. Tested it for a few different genres. Testing them side by side the answer was clear. Yes, they didn’t just change the colour, Samsung has tweaked the inside as well. And I’m pleased to say, they have been listening, they fixed what everyone complained about. The bass. The mid and the treble appears to be as they were, I did not perceive a major enough change, and that is fine. However, now that the bass is fixed, the sound appears more complete. It seems to me this is what Samsung originally may have attempted to do when they brought AKG to do the tuning, but took them two releases to get there.

In case if you are wondering, despite some similarities, the IG935 is not up to the level of the new earphone either. It is a serviceable product, for the price paid, although I would recommend the Brainwavz Delta over it if any one is looking for cost effective earphones, but that is a different topic I’ll cover in a upcoming video. 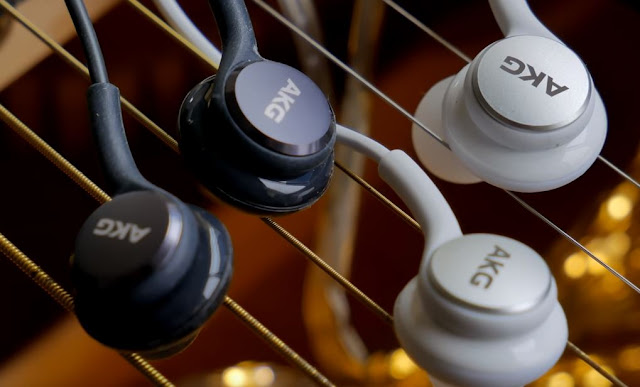 As at this point the answer is clear without much room for doubt, the new earphone may look similar, but is indeed new and improved. So going by the pattern, S11 will have these earphones, but S12 will get something new. And I hope they keep the positive momentum going, after all, that was the whole point of covering this topic over the years, with hope for improvements.

POST NOTE:
Since making the video and publishing this article. I have been contacted by many who mentioned that the black version of the S10 is still being shipped with the old blue ones. This matter needs further clarification and we will post an update as soon as more information is known.

December 24, 2015
The computer case market is a crowded space. Every manufacturer is attempting to gain attention by doing something differently. In that spirit In Win has come up with cases that uses tempered glass for panels as opposed to sheet metal with perspex windows. The result of using glass for case's surface most certainly brings about that unique feel. The panels are slightly smoked that adds a little bit of style. Overall as far as the case goes there are not too functional aspects that we have not seen before. The total airflow appears a bit positive pressure and all the exhaust work comes down to one 120mm fan at the back. So, what we have is a case that is aimed towards looking unique as opposed to being a performance powerhouse. A moderate build that is sufficient for a reception or office desk where it will be seen and admired is the idea. It certainly has its place in the case ecosystem, its just a matter of checking first if the product as a whole right for the i
11 comments
Read more